This map is developed with the intention to provide fun and engaging routes for Solo citizens and tourists looking to enjoy the city of Solo using bicycles, and as a campaign tool for city governments, NGOs, or the public, in general, to encourage bicycling in Solo. In collaboration with the city government of Solo, the map is available for free in public places in Solo.

How does this work?
The map (available in Bahasa Indonesia) promotes three thematic routes that tour Solo’s history, heritage, and public sites: the History route, Creative route, and the Parks route. Each route takes into consideration supporting factors for bicycle use, such as safety, distance, convenience (shade and availability of slow lanes).

Who can use this?
This bicycle map can be used by city government officials, activists, civil society organizations, non-governmental organizations and anyone who wants to promote safer, more inclusive, and bicycle-friendly infrastructure in the city. 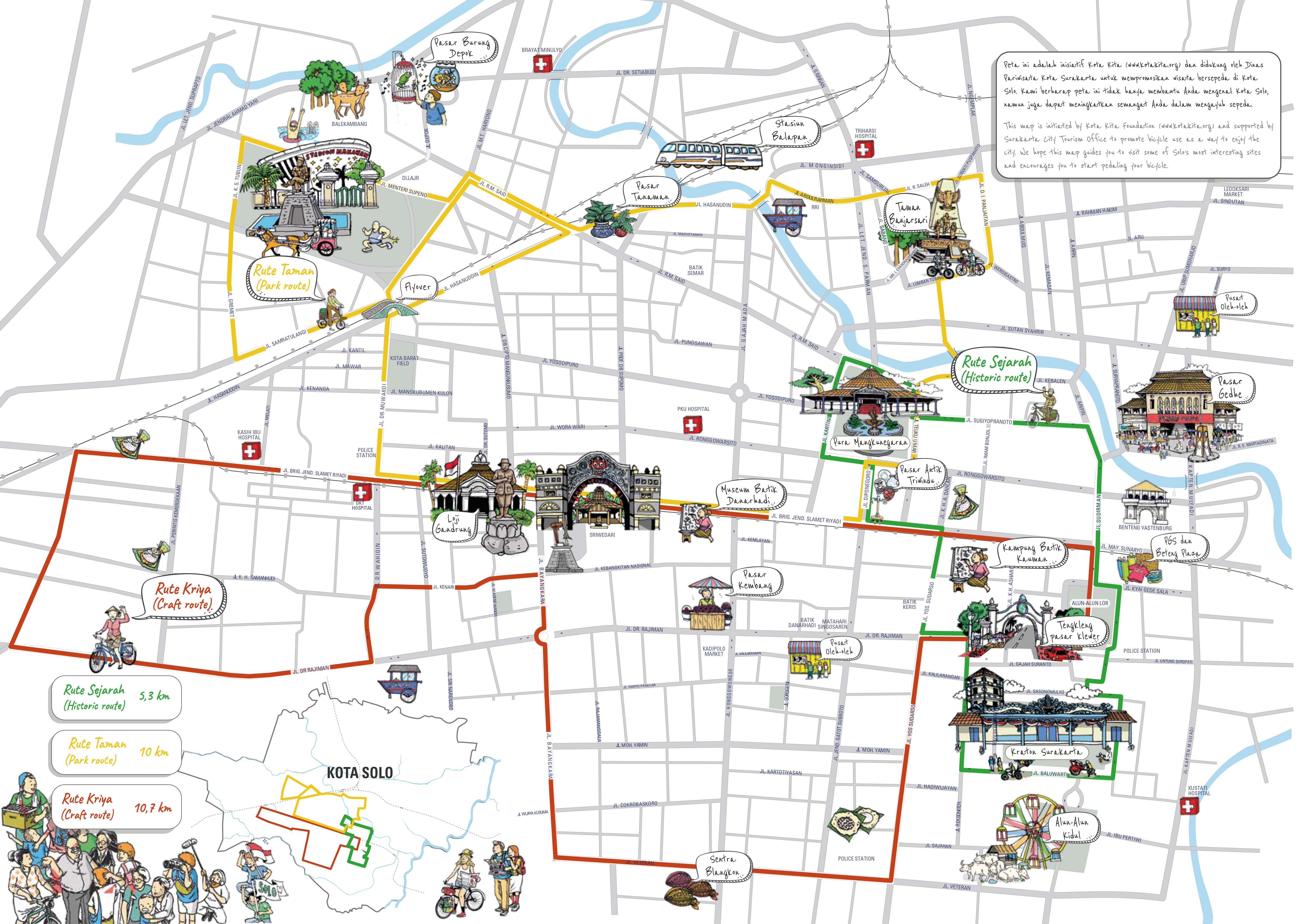