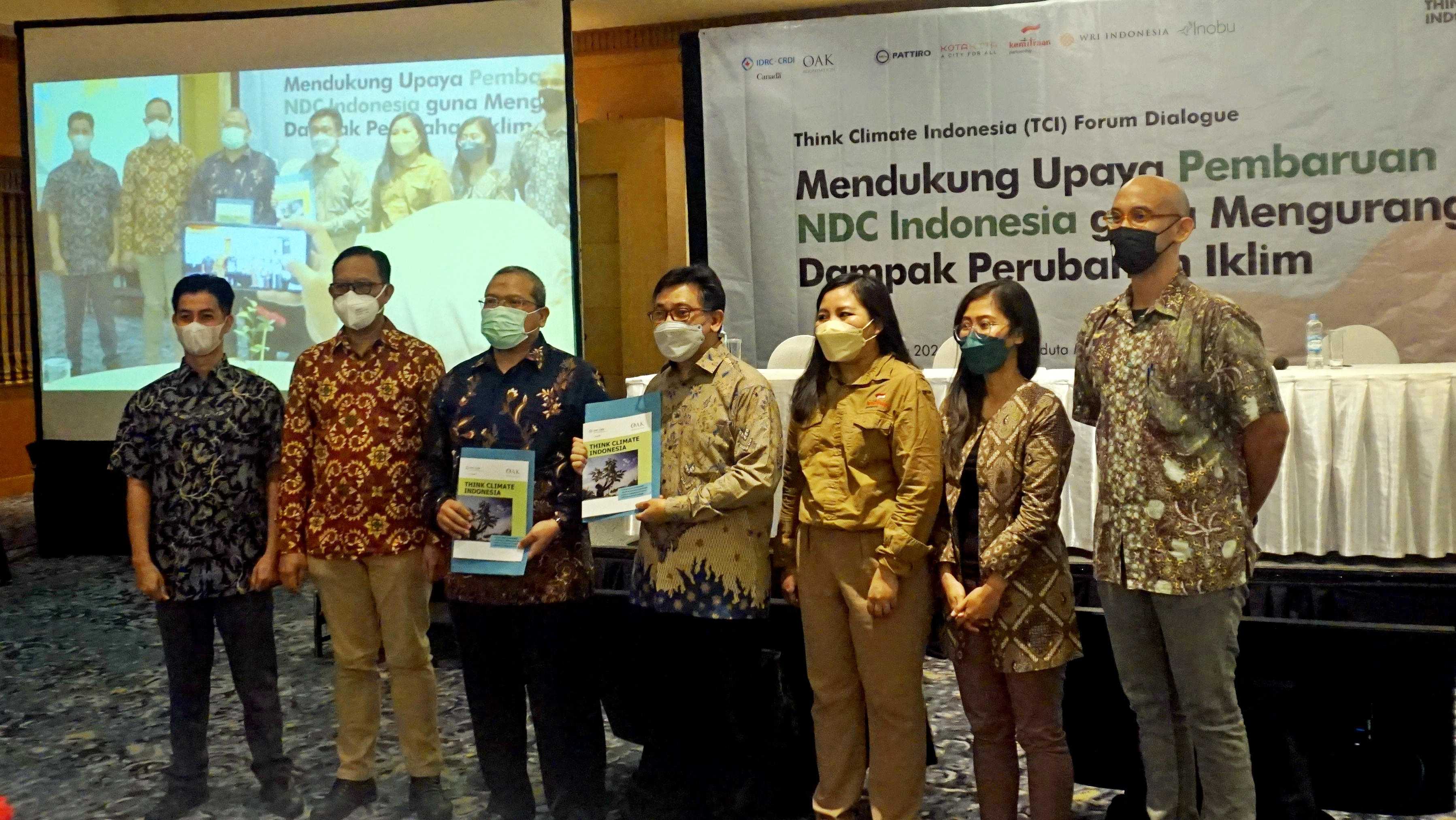 On August 25th, 2022, Kota Kita Foundation collaborated with PATTIRO to hold the second session of the Think Climate Indonesia (TCI) Forum Dialogue in a hybrid setting in Jakarta, Indonesia. With the title "Supporting Indonesia's NDC Update to Reduce the Impact of Climate Change," the discussion aimed to open a space for a dialogue regarding the necessary strategy and collaboration to support the Indonesian government's effort to fulfill its latest NDC commitments.

The Indonesian government submitted an updated NDC document to the Secretariat of the United Nations Framework Convention on Climate Change (UNFCCC) in July 2021, which included the nation's commitment to strengthen mitigation, adaptation, framework, transparency, and implementation toward a climate-resilient future. The latest NDC update is intended as a reference document for various stakeholders. For this reason, more critical discourse is needed to build a shared understanding of the updated NDC document.

In two panel sessions, the TCI Forum Dialogue focused on sharing knowledge about the Indonesian government's efforts to mitigate the impact of climate change while exchanging best practices with local governments, think tanks, and community groups. The event was attended by around 37 participants who joined in person and more than 50 online participants.

“Indonesia was one of the first countries in Asia to commit to the Paris Agreement, and the Think Climate Indonesia (TCI) initiative is generating interesting insight into how collaboration between researchers, policymakers, and civil society organizations can be more effective in supporting Indonesia's NDC renewal effort to reduce the impact of climate change."
-  Melanie Robertson, the Senior Program Specialist at IDRC

Session 1: Policy and the Implementation of NDC in Indonesia

The first session was moderated by Valerina Nadiel, MA, and joined by Ir. Medrilzam, M.Prof. Econ, Ph.D., Director for Environmental Affairs, Dr. I Wayan Susi Dharmawan, Researcher at BRIN, and Bejo Untung, M.S, Executive Director of PATTIRO. The discussion focused on the national government's strategies to achieve the NDC through a green economy approach to tackle the three planetary crises — climate change, pollution, and biodiversity — and the role of think tanks in climate actions.

Medrilzam of BAPPENAS emphasized that the government is pursuing a Penta helix approach to build better collaboration between government, media, and community in producing vital research and innovation that accelerate the national transition to a green economy. Wayan from BRIN echoed the sentiment. He emphasized that climate research with practical actions is urgently needed to address the existing barriers to reducing emissions, such as the energy sector's dependence on high source intensity carbon, increased growth of individual modes of transportation, and a limited budget for climate financing. From the perspective of civil society, Bejo shared how think tanks can play a vital role in producing evidence-based research findings from the community level and emphasized the initiatives currently implemented by the Think Climate Indonesia partners as it relates to the NDC.

In the second session, the discussion included Bernadinus Steni (Chairman Inobu), Suin (Group member of Tani Hutan Mekar Bakti, Balikpapan), Stepi Hamim, Expert Staff for the Governor of East Kalimantan Province for the environment and climate change, and Laode M. Syarif, the Executive Director of KEMITRAAN acted as a moderator.

Combining the perspectives of local government, think tanks, and grassroots movements, the discussion focused on sharing the best practices and challenges faced by these actors in their climate efforts. Stepi of the East Kalimantan Provincial Government highlighted the importance of a regulatory framework at the provincial level and noted that the East Kalimantan Provincial Government had established the Regulations and Policy on Climate Change Adaptation & Mitigation in the East Kalimantan Region 2009-2021. Meanwhile, Environmental Lawyer and Chairman of the Board of the Inobu Foundation, Bernadinus Steni, shared a jurisdiction approach to tackle the climate change issue and highlighted how the community could use evidence-based research to tackle the local problems due to climate change. From a grassroots perspective, Suin, a member of the Mekar Bakti Forest Farmers Group, Balikpapan, shared how farmer groups can be better equipped to protect and manage forests through social forestry.

With the growing urgency for collective and swift climate action, the second session of the TCI Forum Dialogue concluded with a reminder of the importance of building dialogues among government officials, think tanks, and civil society to exchange perspectives, create a common agenda, and develop effective climate policies.