This study focuses on three modes of informal public transportation (IPT) — the becak (three-wheeled pedicab), angkot (share taxi) and ojek (motorcycle taxi) — in Solo, Jogjakarta, and Palembang, three midsize Indonesian cities. In this report, Kota Kita, along with the Cities Development Initiative for Asia, examines the various advantages, disadvantages, and opportunities of each form of transportation in the three cities, while presenting various case studies and interviews with residents in order to identify strategies for improving mobility options.

As Indonesian cities today become more prosperous, the demand for mobility among the urban poor is rapidly growing. This growth — and the accompanying traffic — is not just confined to large megacities like Jakarta, but also medium-sized cities as well. However, since the growth and mobility in medium-sized cities are different from those of Indonesia’s biggest cities, the solutions that are needed are different as well. For instance, these cities have different kinds of relationships with neighboring municipalities and surrounding villages, and their home-based and cottage industries are growing at a different scale. 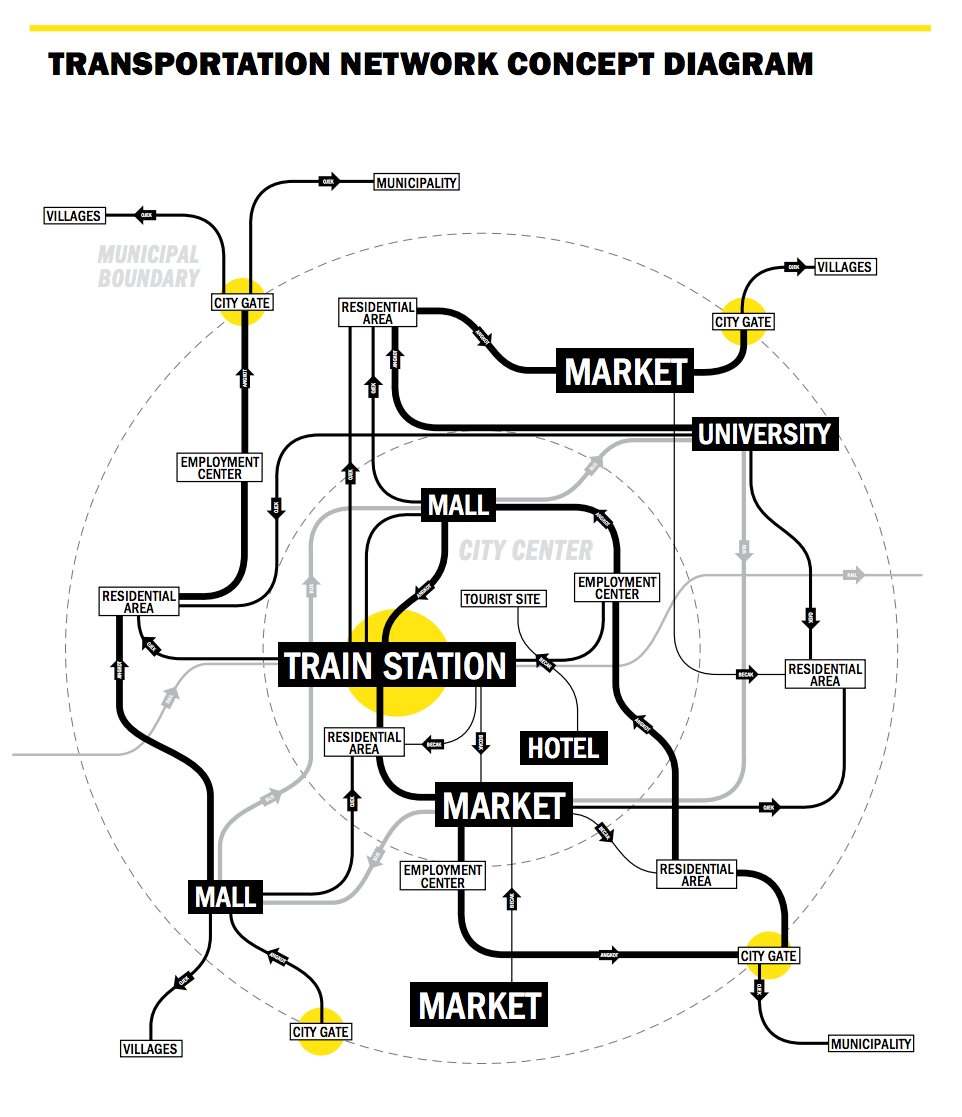 Through a thorough analysis of the transportation options available in each city — and how they are actually used — we found that IPT not only increases mobility but is also a provider of employment and are part of the backbone of these cities’ informal economies. IPT offers potential alternatives to the negative stresses of growth on urban transportation systems, as well as innovative approaches to providing service to people in poverty.

This is because IPT is flexible — the drivers accommodate variety of demands and uses. It fills in gaps, in that drivers pick up where formal public transportation networks end and go where formal public transportation coverage is lacking. And lastly, IPT serves niches, as drivers adjust routes, fares, and schedules based on the needs of specialized user groups, including students, women, informal vendors, and the elderly.

In addition to the different urban texture of migration of midsize cities, the fairly recent decentralization of urban management from the national government to municipalities is increasingly placing responsibility for transportation on the shoulders of local leaders. However, local governments do not necessarily yet have the capacity to manage large-scale transit systems, such as bus rapid transit, and such systems may not even be serving the needs of the poor.